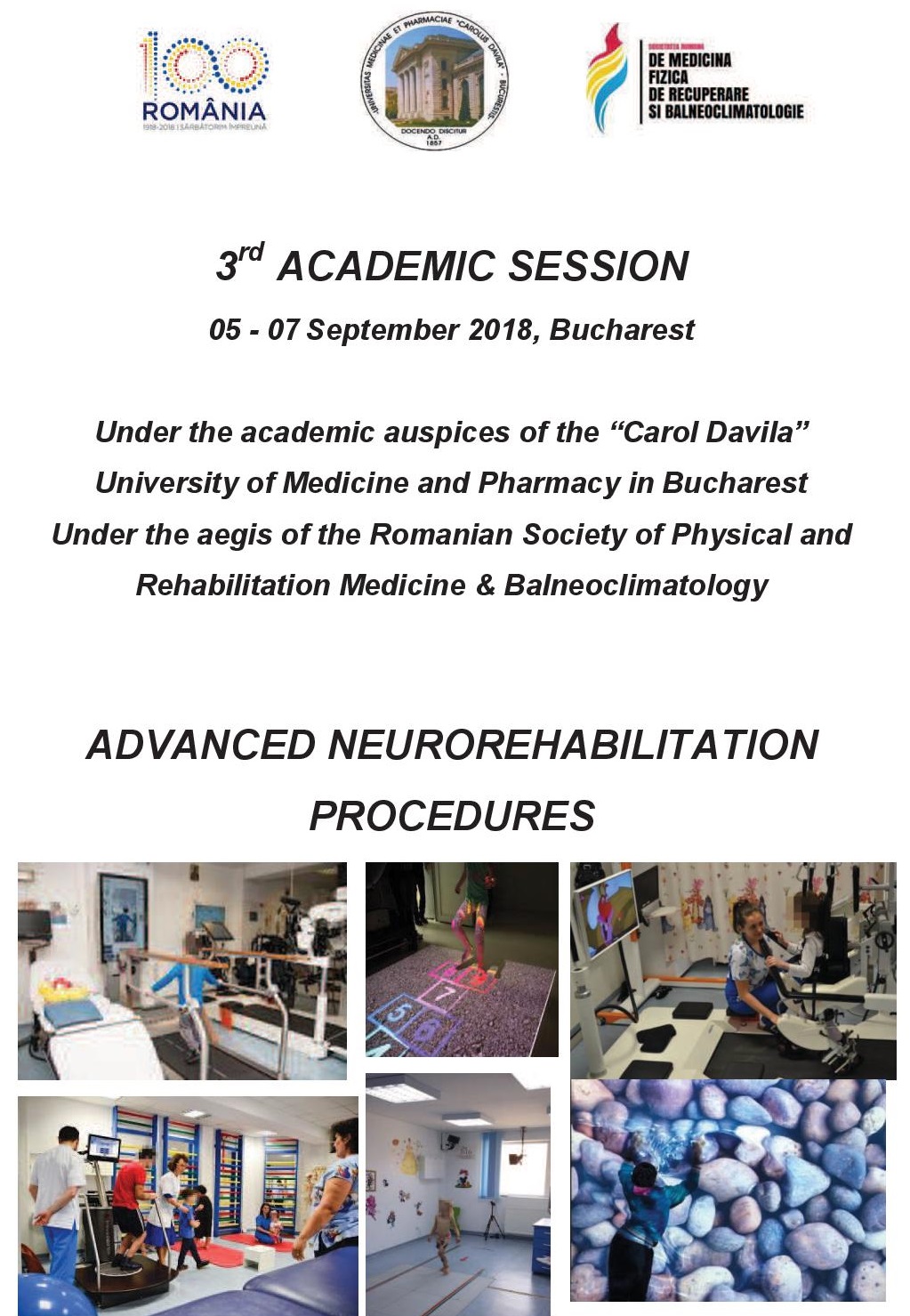 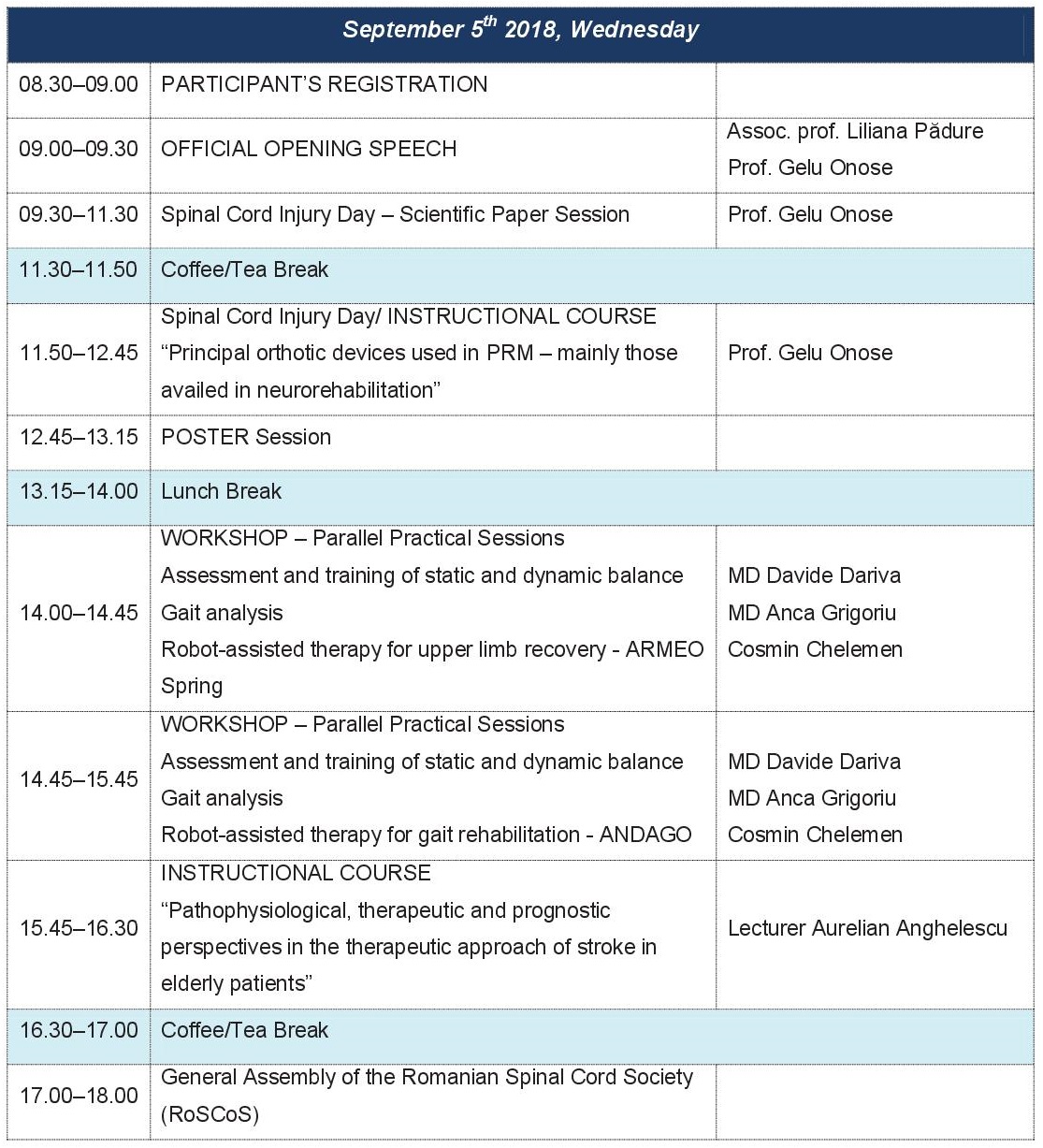 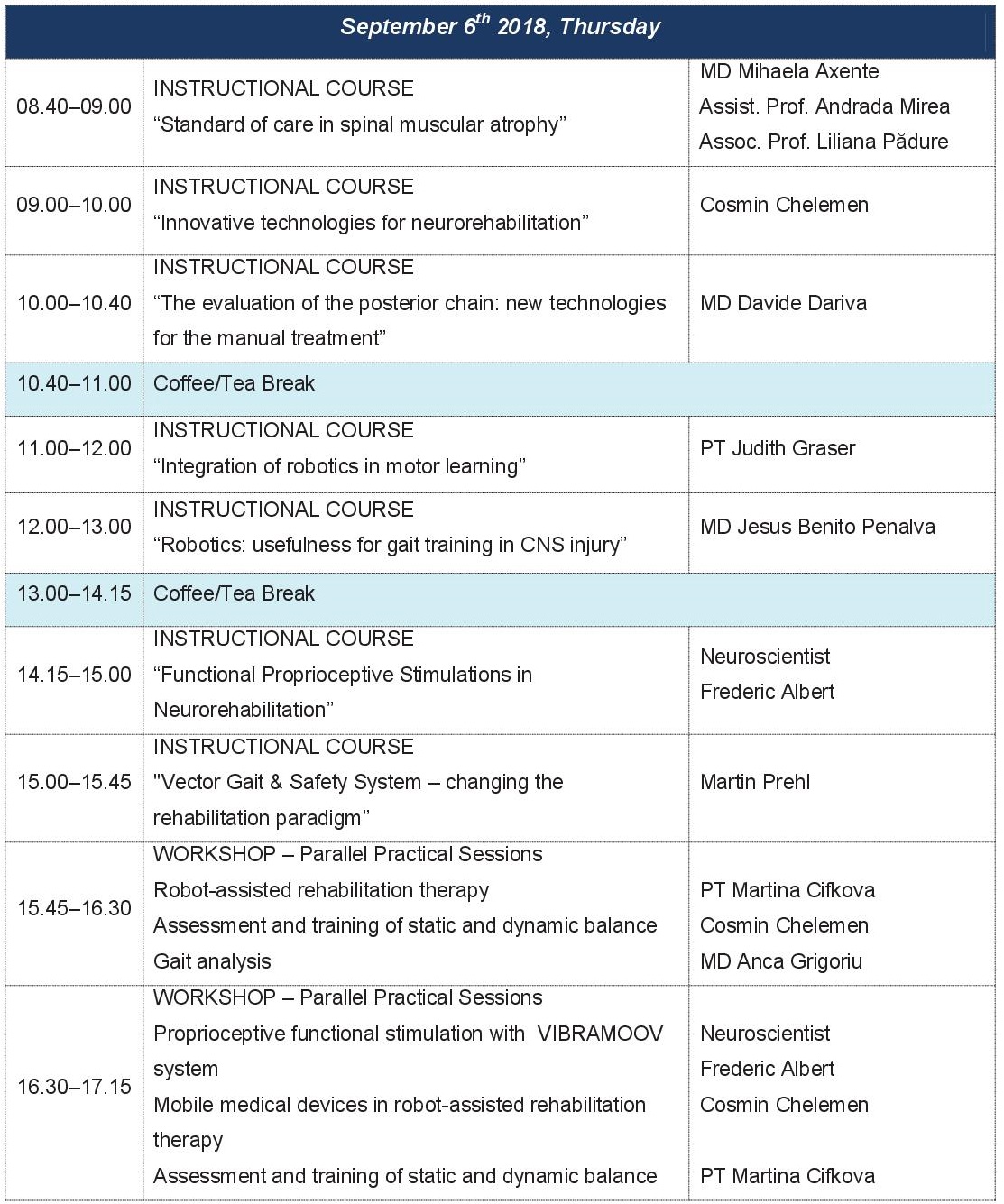 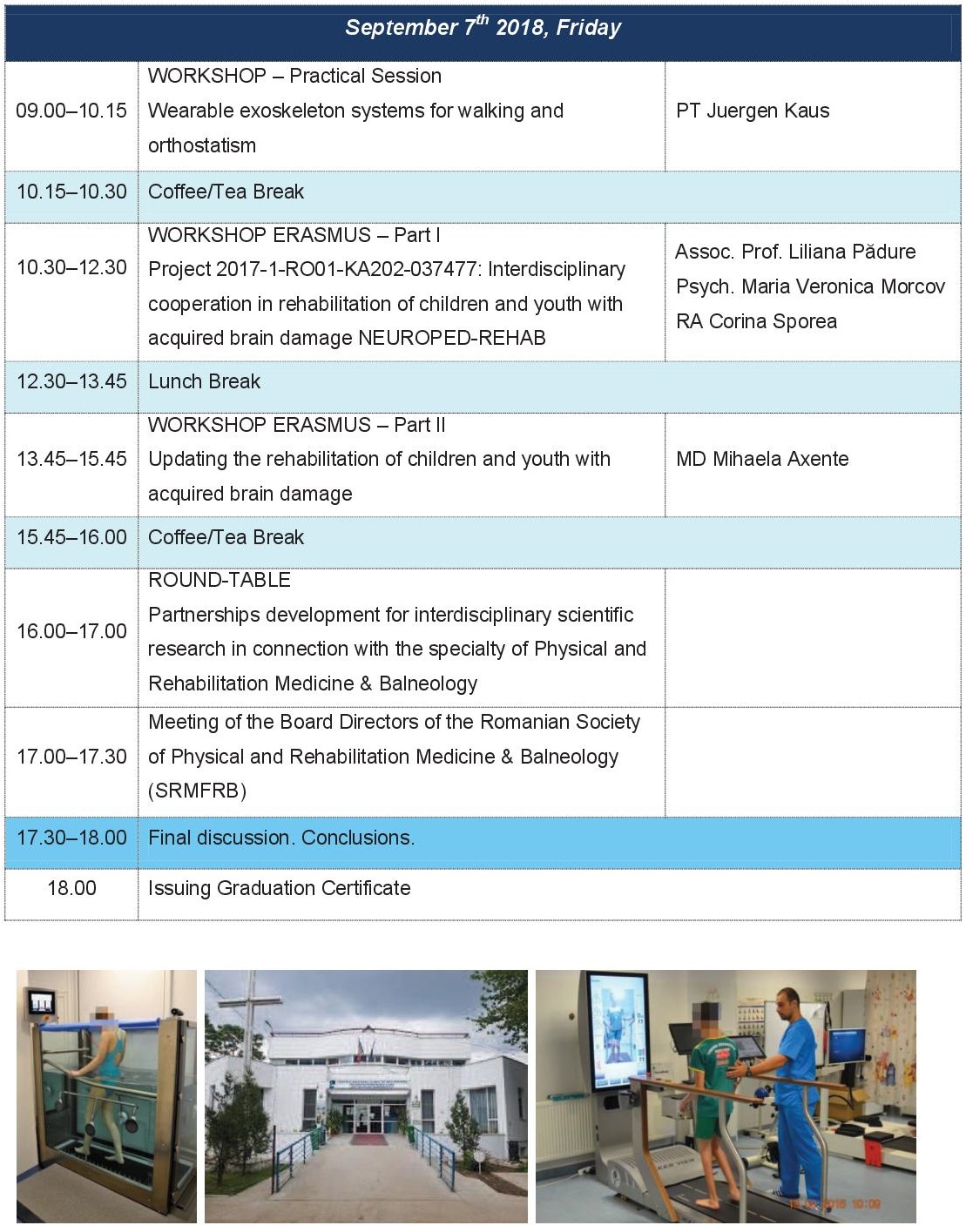 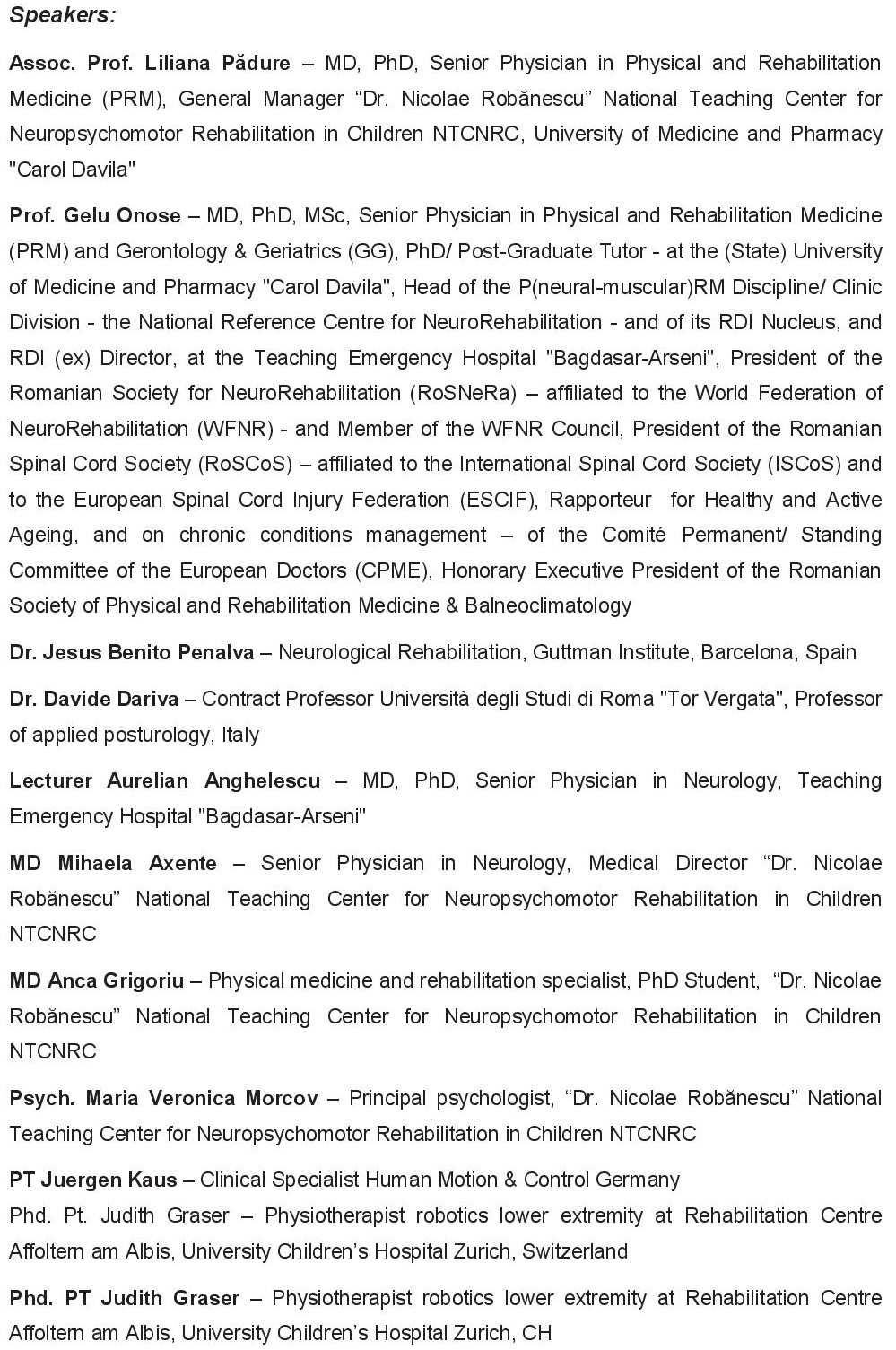 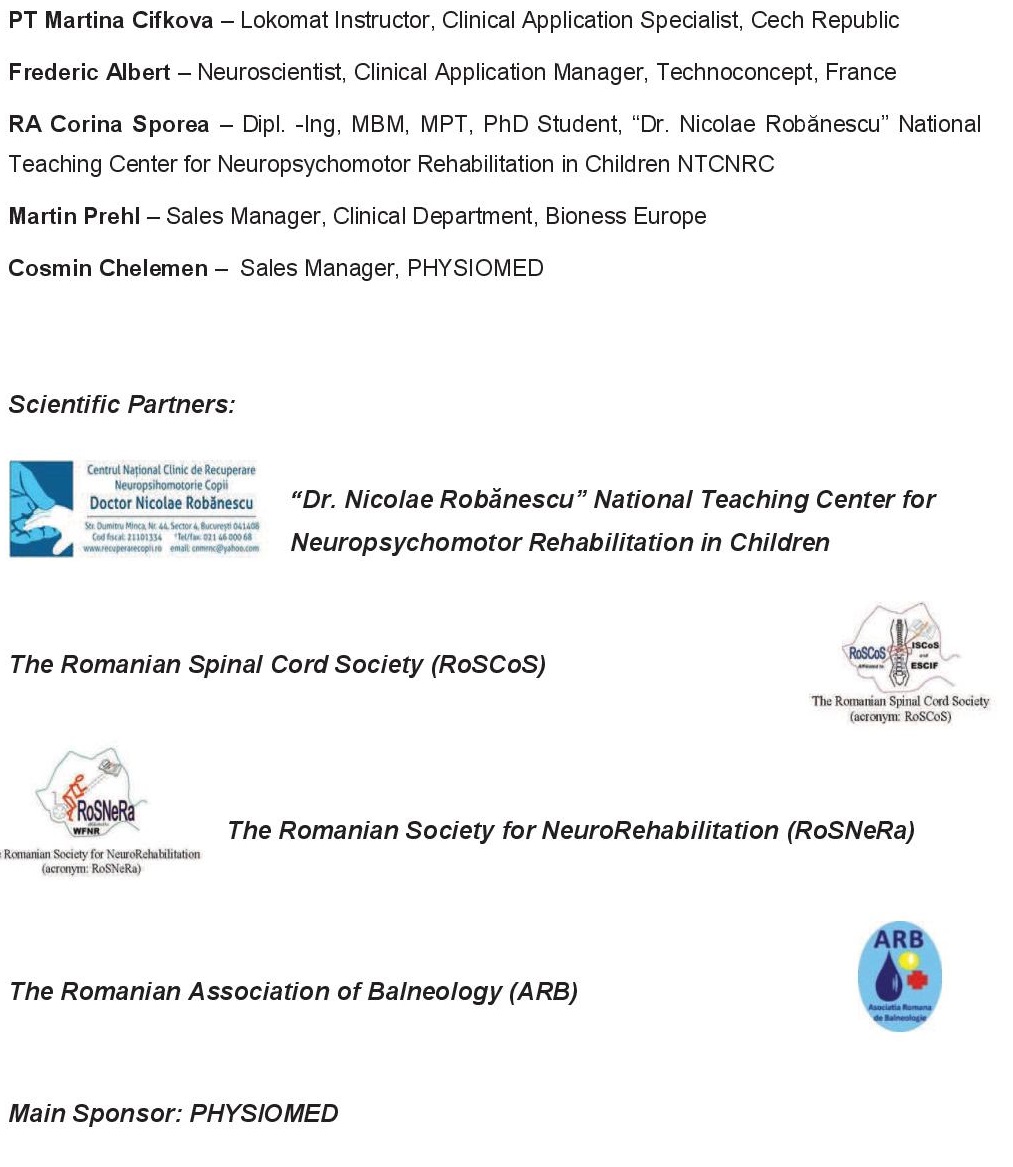 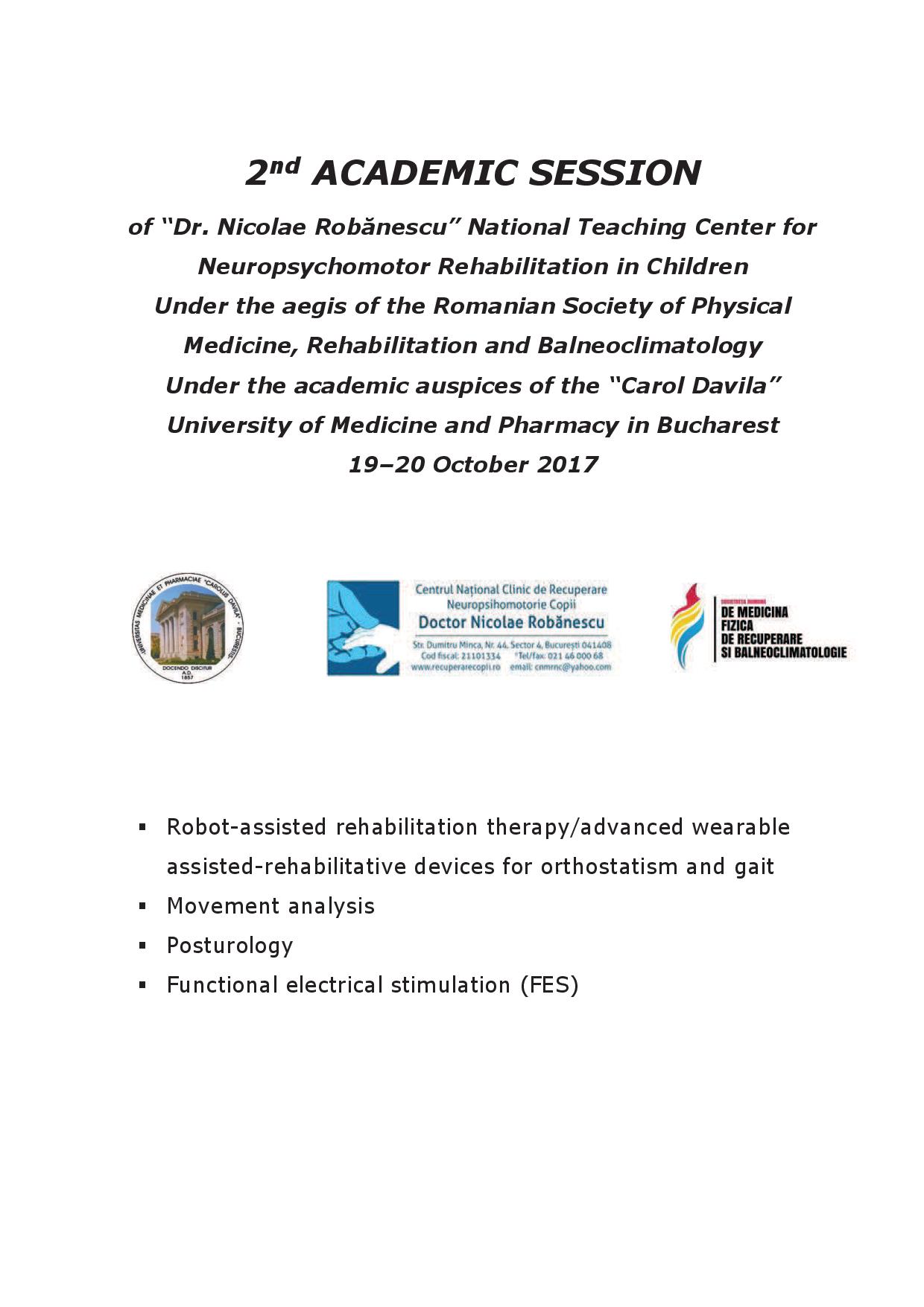 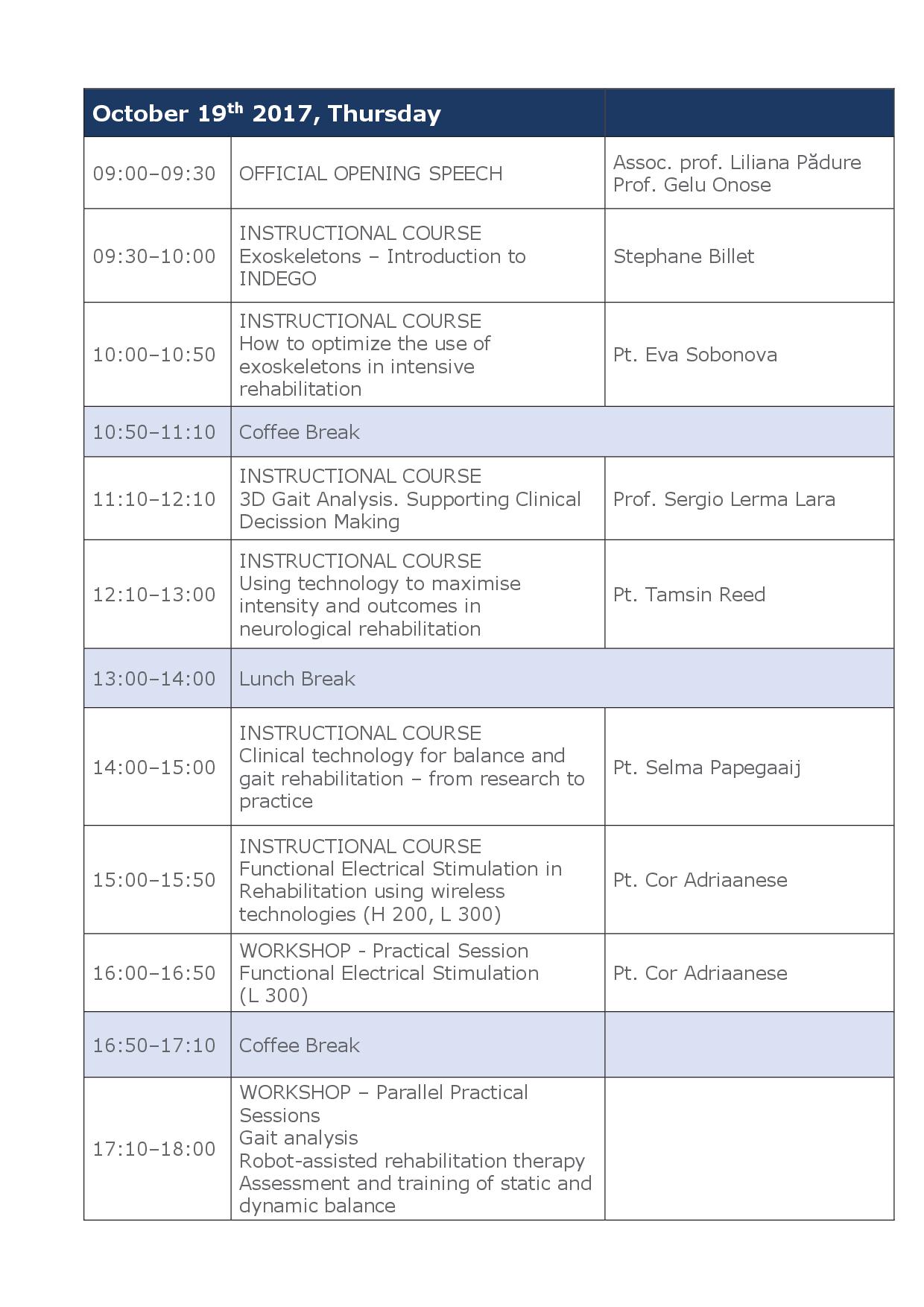 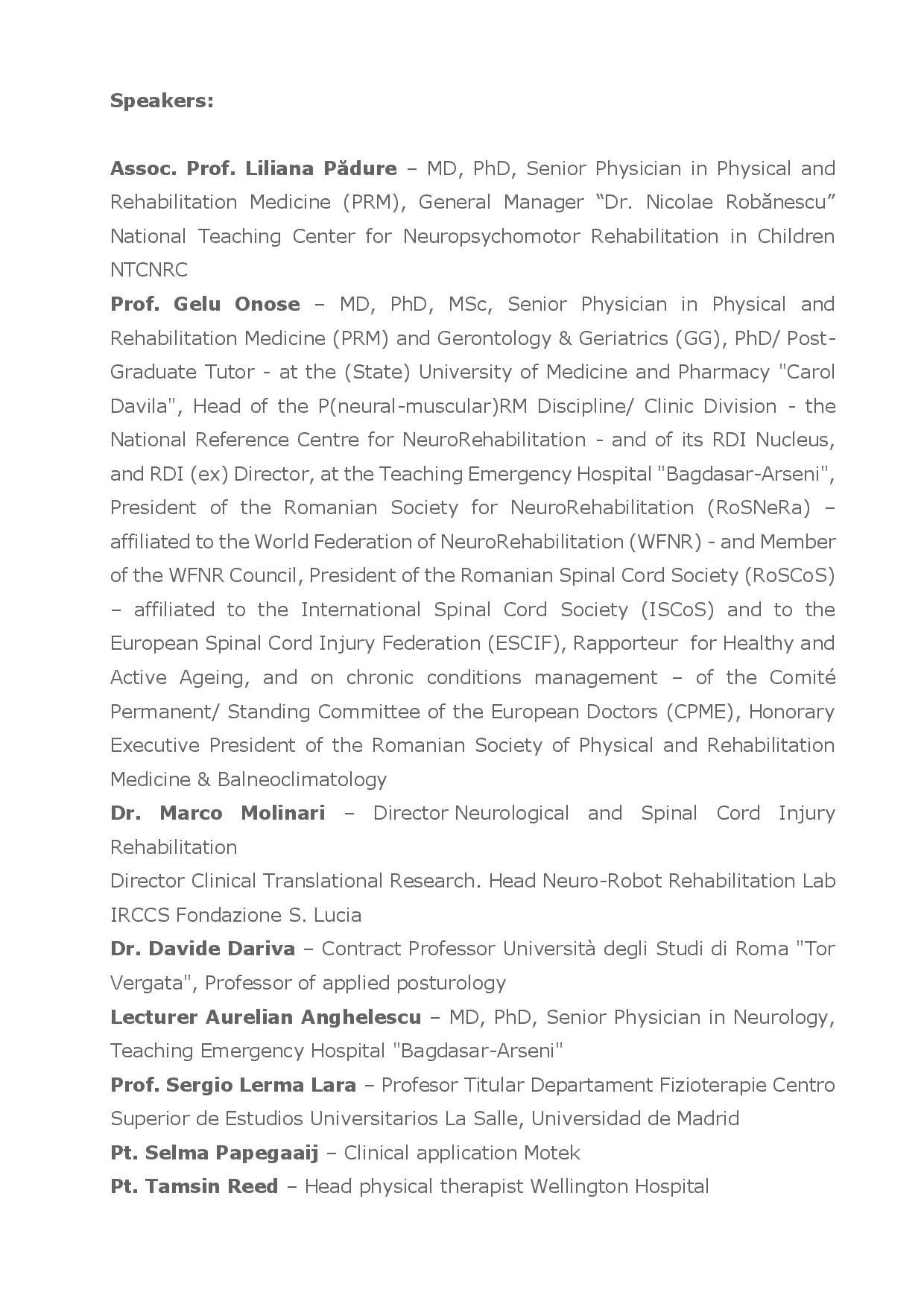 Final Report of the National Interdisciplinary Conference with International Visibility: ‘Comprehensive approaches in pain issues and in spinal cord pathology in the context of the International Day of Spinal Cord Injury (SCI Day)’ National Interdisciplinary Conference with International Visibility: ‘Comprehensive approaches in pain issues and in spinal cord pathology in the context of the International Day of Spinal Cord Injury (SCI Day)’ 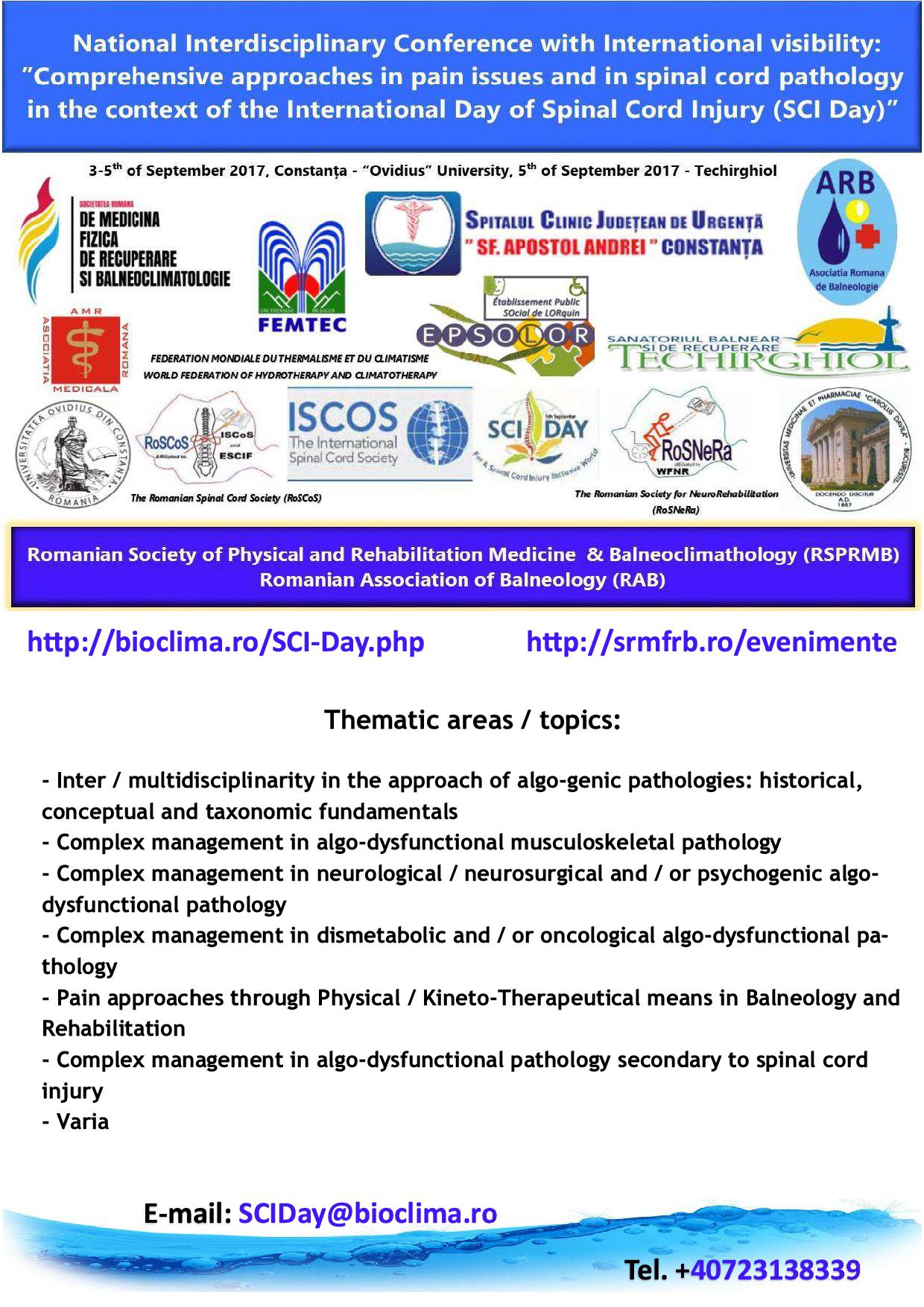 Scientific Programme of the Conference

Poster Session
Following the initiative / invitation of the ISCoS SCI Day Celebration Committee and the Vertebro-Medullary Trauma Prevention Committee, President H.S. Chhabra, presented below, we adhere to the idea and introduce a Poster Session with the theme of Prevention of Vertebro-Medullary Trauma, a session to be held on the last day of the conference, 5th September, between 12.30 -13.00

Poster Details
Considering the introduction of the Poster Session (September 5, between 12,30-13,00), we bring to the attention of our colleagues who are possibly interested in participating with a poster paper, details of the poster.
Poster size: 120 cm high / 90 cm wide.
The content of the paper must respect the general structure: Introduction, Materials and Methods, Results and Conclusions.
The Scientific Committee retains the right to decide how the paper should be presented, informing the authors about this issue.

“The Prevention Committee of ISCoS is organizing a poster competition with the theme ‘Yes We Can’, with perspective of persons with spinal cord injury.

All members of ISCoS and its affiliated societies are eligible to participate in the competition.

The guidelines for participants are as below:-

The theme of the poster competition on ‘Yes We Can’ is open for all professionals who are members of ISCoS and its affiliated societies
Posters must contain a clear message to the community about prevention of SCI. Message should be in positive frame, depicting the advantages of prevention of SCI
Flat art entries should be provided in a pdf file.
· The posters shall be printed on A3 sheet for display at ISCoS ASM at Dublin.

· Deadline for submission is 15th August, 2017 through email below: [email protected]

Applicants name and affiliation to the institute should be clearly mentioned in the mail
A panel of judges will review the posters. Entries will be judged based on two key factors: the impact the judges believe the poster will have for spreading awareness of prevention as diversity; and the skill and quality reflected in the execution.

8 shortlisted posters shall be displayed at the ISCoS ASM at Dublin from 24-26 Oct 2017, out of which three best would be selected by the judges. The award would be USD 250 for the winner and USD 100 each for second and third positions. Certificates will be given for all shortlisted posters.

All 8 shortlisted posters will also be displayed on the website www.worldsciday.org. All poster contest submissions shall become the property of the ISCoS and will not be returned. We request all members to participate wholeheartedly in the contest. 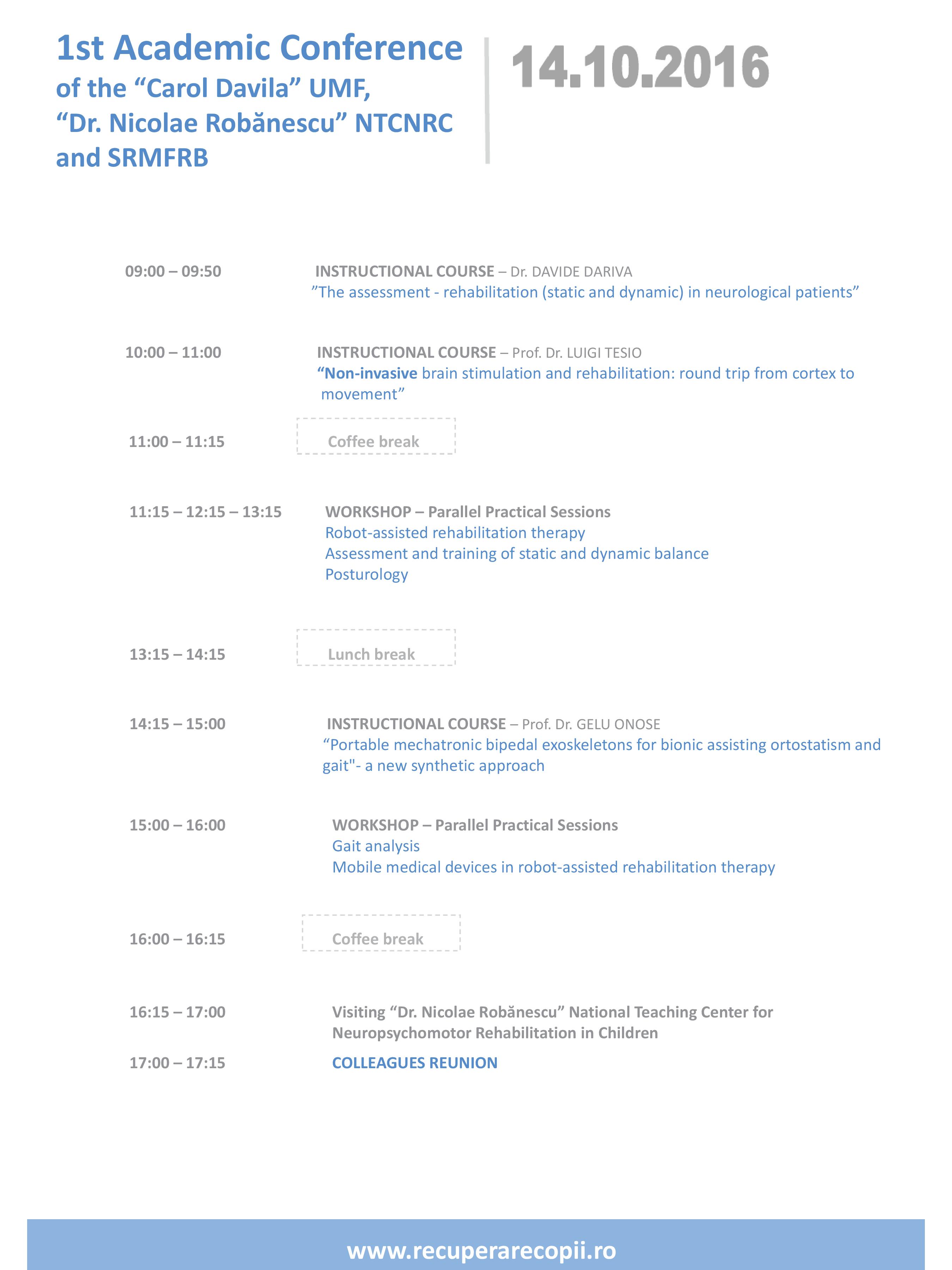 STATUTE OF THE ASSOCIATION